Bad Soden, Germany. - Birthday celebrated, record results achieved and doubled in size as a result of acquisitions: Messer, the largest family-run industrial gases specialist worldwide, concluded the 2018 financial year – 120 years after its foundation – with a more than positive balance sheet.

The consolidated turnover of Messer increased by about ten per cent from €1.232 billion in the previous year to €1.350 billion in 2018. At the same time, Messer achieved an EBITDA of €366 million. This equates to an increase of around 26 per cent in comparison with the previous year. The businesses of Messer in China and Vietnam made a significant contribution to growth with an increase in sales of approximately 27 per cent and 18 per cent respectively.

The highlight of 2018 was the agreement with Linde and Praxair to take over businesses in the Americas that had to be sold due to antitrust requirements. In March 2019, Messer together with finance partner CVC Capital Partners, took over a major part of Linde’s activities in the USA, as well as the entire Linde companies in Brazil, Canada and Colombia, and Praxair’s Chilean company. As a result, Messer will double its business volume.

“We have captured new fields of business and markets, invested in growth and supply reliability and focused on the requirements of our customers. This approach in 2018 has given us the best financial year in our company’s history to date,” said CEO Stefan Messer.

The sustainability report can be viewed here: https://jahresbericht.messergroup.com/en. 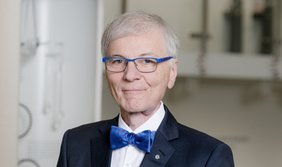